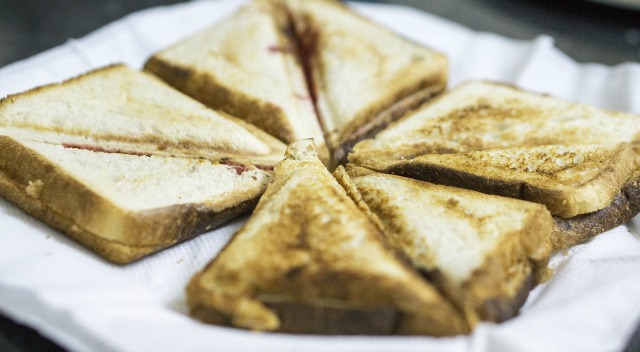 Toasted sandwich makers are something else aren’t they?  If you ever get slightly bored of just having normal sandwiches for lunch then having a toastie can just turn the mundane in to something much more satisfying.  I also really like them for when I want a light main meal – add some salad or some chips and it’s great.  Here’s my guide to the best toastie maker – I hope you find it useful.  Any questions – just leave a comment.

Who are sandwich makers for?

I think the question might be – who are toasted sandwich makers not for!  They are traditionally seen as perfect solutions for students who might want a quick and easy hot sandwich that they can make in their dorm rooms nice and easily.

They are also great for families, couples, for single people – anyone who fancies a bit of variety away from what they are having so far for lunch.

What to look for in a toasted sandwich maker

It’s easy to find cheap toastie makers around, but the problem often comes when they don’t do the one job they are meant to do.

When looking for the best toasted sandwich maker you really want to go for:

It’s also worth bearing in mind whether you always will want to make sealed toasties or whether you might like to make open toasted sandwiches like paninis.  If you want to be more experimental then take a look at the options at the end of this review as they might be good for you.

Breville are *the* name when it comes to good toastie makers.  They are one of the original makers of this kind of kitchen appliance and they continue to be one of the best.

The deep fill sandwich toaster is their most popular version at the moment and it’s easy to see why it is.  First of all, it looks fantastic.  It’s made of brushed steel on the outside with a black plastic handle.  If you decided to keep it on the worktop it would look good!

It’s a 4 slice sandwich maker and inside it has deep sandwich plates that allow for you to make a deep filled toastie and they are removable which is one of my favourite features.  There’s nothing worse than trying to wipe down the plates of these sandwich makers – being able to throw them in the sink or even the dishwasher (they are dishwasher safe) makes it so much easier.

You can see more reviews on Amazon here (there are lots!)

If you’re looking for the cheapest sandwich toaster then this one from Russell Hobbs should fit the bill while still being something that works really well.

It’s a very basic machine but works well.  It has space for two toasties to be made at once (4 slices) with non stick plates that will cut and seal the slices of bread.

This one doesn’t have removable plates but it’s easy to clean and wipe down once the machine goes cold.

It looks nice, being a stainless steel and black design and it stores upright when not in use which is a great space saving feature.

You can see more about this item here.

Another really good option especially if you like to have deeply filled toasties is this one from Tower.  It’s slightly cheaper than the Breville, looks fairly similar and works pretty much in the same way (it doesn’t have removable plates either though).

The non stick plates are made of stone particles – the Cerastone technology – and this means that the heat distributes easily and it means you also don’t need butter on the outside of the bread or oil.  Good for those of us who want to eat a little healthier.

You can see more about this item on Amazon here.

I’m going back to Breville now for a slightly different version of the toastie maker – the sandwich press.  A sandwich press is like a grill that presses down on your sandwich, toasting the outside of it but not sealing round the bread.  They can make panini sandwiches from ciabatta which starts to make your lunches seem all that much more sophisticated!

Again Breville wins in the best sandwich press award – this is a great, stylish machine that does the job really well.  It’s made of stainless steel again which looks lovely on the work surface.  This one doesn’t store as easily as the smaller toastie machines though.

It says you can cook up to 3 sandwiches at once but I’d say this was a little optimistic unless you really want to make small sandwiches.  However what it does cook it does evenly and easily.

You can see more about this toasted sandwich press here

Finally I’m looking at something that is more than just a sandwich press and toasted sandwich maker – the George Foreman grill.

This makes really good toasted sandwiches and for quite a while I used one instead of a traditional toastie maker.  The only issue I had was the slight gradient on it which meant if it ws left too long the cheese would ooze out of the bottom!

The grill does way more than make toasties though so if you’re either short on space, money or you’re just not sure that you’ll make enough toasted sandwiches for a dedicated machine to be worth it the grill might be a good compromise.

It can cook meats, vegetables as well as toasting a delicious sandwich and the floating hinge means that you can do some extra thick breads!

You can see more about the grill on Amazon here