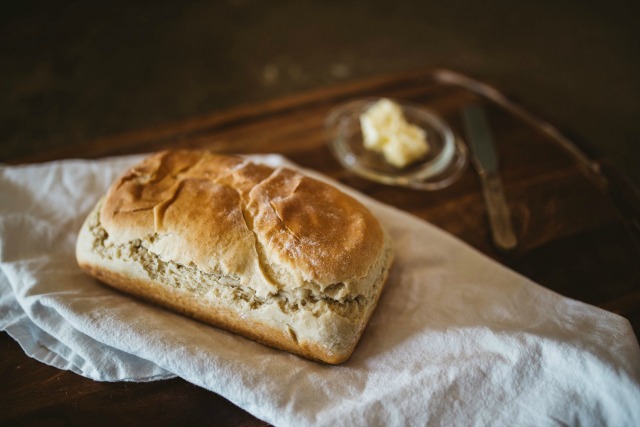 Baking bread can be done in so many different ways.  Many people still think that you can just bake bread in a conventional oven or perhaps just in a bread maker though.  Did you know about these 5 different and unusual ways to make a loaf?

Halogen ovens can be used just like normal ovens but the way that they cook means that sometimes bread might not come out the way you’d expect or like it.  It can be done though – just take your time with experimenting with the heat and you’ll get there in the end!

If you have a large cast iron casserole dish with a lid then you can use it as a dutch oven to make bread.  It works by creating steam within the pot which then in turn gives your bread a really awesome crusty finish.  Just like artisan loaves!  Definitely one to experiment with if you have the time.

Here’s a good recipe that I found.

Ok, this one was a new one for me but after talking to a friend who has one I started doing some investigating!  Seems like you can make all sorts of different breads and rolls in an air fryer.  What’s an air fryer you say?  It’s a gadget that can fry and cook foods by using hardly any oil and utilising air that it heats and circulates round the food.  So a healthy option and one that sounds like has lots of potential for baking!

I’m definitely considering getting one – you can see some more info about air fryers here.

One thing I do have in my kitchen is a slow cooker but you know, I’ve never tried to bake bread in it!  I’m wondering if my slow cooker will get hot enough to make a good loaf, but I guess you never know unless you try it.  I’ll report back once I do.  Here’s one of the recipes that I found when doing some research.

This is a funny gadget that I reviewed myself here a few months ago – it’s actually a really fun way to cook bread and works really well.  Have you tried it?  You can see my review of it here.  It makes some really good loaves that are actually easy to make by hand.  If you’ve ever tried baking by hand before you’ll know it can sometimes be hit and miss, especially when you’re inexperienced so having something like this can be really helpful – it’s fairly inexpensive too.

Do you know of any other unusual ways to bake bread?