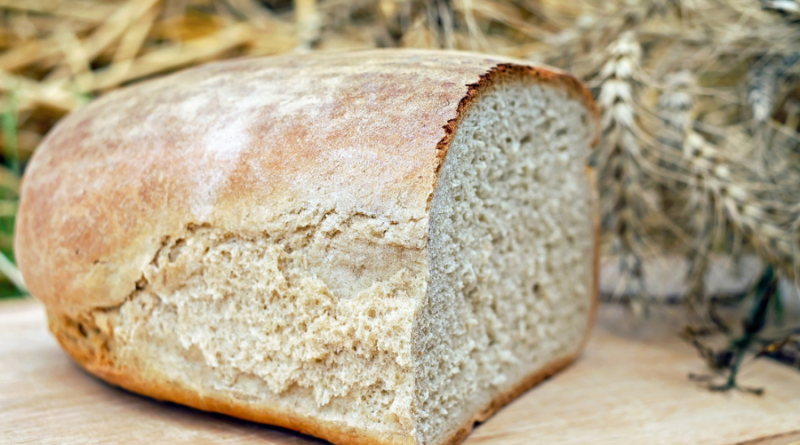 When I started baking my own bread I had a few disasters!  When I finally thought I’d cracked it I cut into the bread and found out it was not cooked in the middle!  If you’ve had a similar experience and looking for some tips to make sure your bread isn’t raw inside then hopefully my research and experiments will help you!

So why is your bread not cooked inside?  The main reason is normally that the oven is too hot.  The bread dough looks like it’s perfectly cooked on the outside but it’s not been baking long enough to cook it all the way through to the middle.

Sometimes ovens can be hotter than we expect them to be.  That’s because over time they might malfunction or just go off slightly from where you expect their temperature to be.

If you think that might be the case for you and you’re planning to do a lot of baking then I really recommend a good oven thermometer such as this one.  They can be inexpensive but can really make a difference and will at least put your mind at rest as to whether it’s the oven’s fault!

How can you tell if your bread is cooked all the way through?

After that first disappointing loaf where you realise it wasn’t as perfect as you first thought, how will you know next time whether the bread is cooked all the way through?

Without cutting open the bread, which isn’t ideal, what can you do?

The best way to do this is the following:

Of course, the next question is ‘does that sound I just heard sound hollow enough’?  I know because I was the same, I just couldn’t always tell.

The key is to bake bread often and keep trying.  Each time tap the bottom and then see if you were right when you concluded it was cooked all the way through!

How do you tell bread is cooked with a thermometer?

There is another way that you can help yourself know that bread is cooked all the way through.  I don’t like this one so much because I like to learn in a more hands on way – but for some it might help to give you more confidence.

If you do use this method then I suggest you also tap the bread on the bottom like I mention above so that you get used to that way too!  It’s all a learning curve and I think you’ll enjoy it when you begin to feel more confident in looking at and feeling the bread.

So, you can also use a thermometer to test if the bread is cooked.  You need a probing thermometer like this one.  Again, they’re not too expensive and they can be useful in the kitchen for other things too so worth having.

When you think your bread is cooked, probe it with the thermometer.  You’re looking for an internal temperature of 190 degrees – if your bread has reached that inside then you’re probably good to go.

Make sure you hold the tip of the thermometer in the centre of the bread and not too close to the edges to get the best reading.

Can you rescue uncooked bread?

If you’ve come across this page because you’re in the midst of a baking disaster and you want to see if you can salvage it, I think you can.

This generally works best if you’ve not left the bread to cool too much after baking.  But if you’ve done so I think it’s always worth a go.

Put your oven back on – around 200 degrees celsius – and wait for it to get back up to temperature.  Return your bread to the oven for another 10 – 20 minutes and test using the tapping method I mentioned above.  If you’re worried about the top or sides overcooking then you can place some greaseproof paper or foil on the top.

It might not be perfect, but hopefully it will be more edible!  As always, it’s a learning curve so give it a go and see how it turns out!

Can you eat bread that is raw in the middle?

So what happens if you don’t realise that your bread was raw in the middle until other people had helped themselves to a slice or two.  Maybe they told you as the slice was in their mouth!

Is that ok?  Can you eat bread that still a little raw in the middle?

The good news is that generally it’s safe to eat if it’s just a little undercooked.  It’s a little like when you eat raw cake batter – you might not want to eat a tonne of it, but it shouldn’t hurt once in a while.