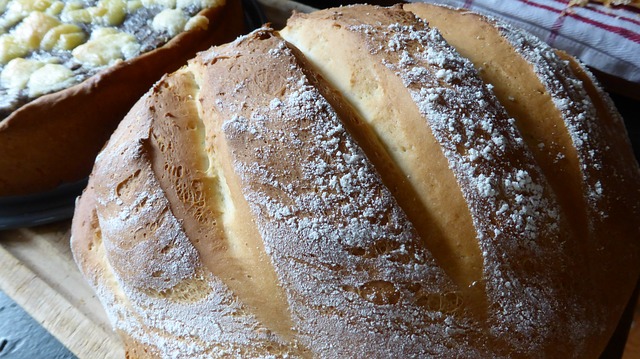 If you’ve been wanting to up your bread making game this year then you’ve perhaps been looking to get a specialist tool called a bread lame or a grignette.  They aren’t just for the professionals and I think they are a great addition to anyone’s bread making tool box.  This article will be looking at the best bread lame and what they are even for – I hope you find it useful.

What’s a bread lame for?

Perhaps you’ve never heard of a bread lame before?  I know I hadn’t when I first began my bread making journey.  However what I had seen was beautiful loaves that had been scored or cut at the top which resulted in a lovely expanded bread loaf.  A bread lame is what you use to make those cuts and it controls the expansion in a way that you’re happy with.  Lame means blade in french and is pronounced like lam.

I tried to recreate this with my standard kitchen knives with a little success – it worked fine but when I started using a tool specifically for the job I found it was much better.  Why?  Sharpness for a start – my normal kitchen knives were never that great!  They are also heavier and combined with the lack of sharpness it meant that it would drag on the dough.

You could of course just use a standard razor blade but I would not recommend that – you’ll likely cut yourself!  It’s so much easier with a special handle for the blade.

If you’re a sourdough enthusiast or just want to make your standard bread that little bit more special you’ll find a lame well worth the small investment!

What to look for in a bread lame

A bread lame is often just a handle that will accept a standard razor blade in it and sometimes you’ll get the blades.  Be aware that you might need to get them seperately – you can find them in some supermarkets and chemists though.  I’ve seen them in Sainsburys, Wilkos and Boots recently.

You want something that is comfortable to hold

This is one of the best sellers at the moment and it’s a really nice looking addition to your kitchen.  The handle is a really nice light wood and the blade attaches to the top of it.  I really like that it comes not only with some spare blades but also a cover for the top too.  The blades can be super sharp and a hazard so having a cover is a great addition.

This is one of the more expensive options out there, although still a reasonable price, but I think this is justified because you get the extra blades with the item.

Again, this bread lame comes with a sheath to put over the blade – this is something that I think is quite important!  You really don’t want to be getting yourself cut from these while rootling around in a drawer.  The cover on this one is plastic just like the handle.

The blade is moulded in to the green plastic handle to hold.  It’s not the prettiest of items but it does the job!

It’s cheap as well which is a plus and something that might be good for beginners.  One downside is that the blade is not replaceable so you’re really looking at a short term product.

See more about this item on Amazon here

Finally we have this one – I really like the curve of the handle in this one.  It’s extremely pretty and would look great in any kitchen.

Like the first lame I mentioned above it comes with some replacement blades that can prolong the use of the tool – a great idea as I’m not really a fan of single use items.  It has a small plastic cover that fits over the sharp blade too, keeping it safe.  It comes with a small tool to turn the screws and replace the blade.

The simplicity of this tool makes it a really nice option and worth a try.