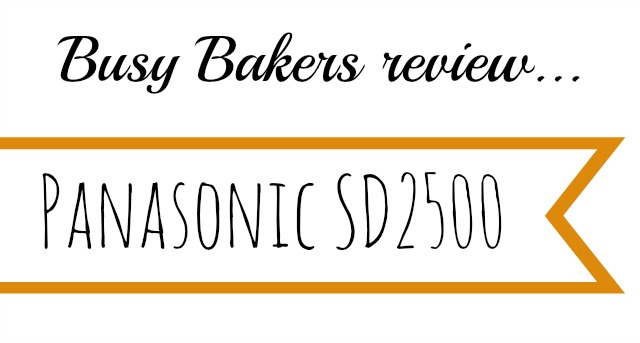 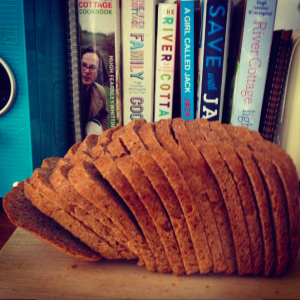 I can’t tell you how happy I was to have my first Panasonic bread maker!  If, like me, you’ve had bread makers that just never give the kind of loaf you think you should be getting then you’re going to want to know about the Panasonic SD 2500 – seriously, it’s one of the best out there!  This Panasonic bread maker review is not sponsored, but the links in the post are affiliate links and any purchases made might generate some commission for me at no extra cost to you.

After the first couple of bread makers I tried I thought that really nice bread, the kind that is slightly crunchy on the outside but soft and light on the inside, just couldn’t be done.  I figured I’d either have to get better at baking bread by hand or go back to buying bread from the bakers.  Then I got the Panasonic SD 2500 and I was truly amazed.  The bread that came out of this bread maker was brilliant – everyone in our family enjoyed it, even the ones who didn’t normally like my bread maker bread!

I don’t know what it does that makes it so different to other models I’ve tried, but it really does give that soft texture inside to bread, even when I’ve made wholemeal.  Normally when I do that it really resembles a brick!   With this one, I’ve managed to make a really decent wholemeal loaf that isn’t heavy and rises really well.  You can see a wholemeal loaf I’ve made above.

We’re a family of 4 and we normally make the medium size loaf and it will last us a day, maybe a little bit longer.  It makes bread in 3 different loaf sizes as well though, so if there aren’t so many bread lovers you could do the smaller size and if your family is a little bigger you could do the large size.  One thing that I don’t like about the larger size is that it just ends up taller rather than bigger, so you have to cut it on it’s side to get more slices, but that’s not really a big deal.

As well as using it for bread I am always using it to make dough – super easy and the best thing is that it keeps it warm and covered so you don’t need to worry about it drying out or not rising.

It has a few other features too:

With this model there isn’t the fruit and nut dispenser which is a shame as that would make life a lot easier when making different loaves.  I have to say I don’t do that much though so it’s not so much of an issue for me and I just have to remember to add the ingredients at the right time.  There is a model that has an automatic dispenser – the Panasonic SD-ZB2502BXC – which is a little more expensive.

Panasonic have a few other models out there at the moment and they are all really good according to the reviews on Amazon and from what I hear.  They really are one of the best around.  The one I’m reviewing here is the cheapest at the moment, but still a little more than the others that are in the best seller crowd.  Really though I don’t think that you’ll be disappointed if you can stretch to it and you’ll most certainly use it for fresh bread every day and I know when I had other makes I gave up really early.